R.A.R.E. (Racial Awareness, Reconciliation, and Engagement) is a committee of the Nebraska Synod ELCA dedicated to energizing the church to combat the sin of racism. By increasing awareness about the history and nature of racism, creating opportunities for reconciliation, and promoting engagement among diverse people, we can better live out the command to love God and love our neighbors. Through grace we commit to the task of shedding our prejudices and participating in the rich blessing of human difference.

If your congregation has never engaged in a conversation about racism, the following is a list of resources that might open the doorway to dialogue. Several of the sections (books, films, websites, articles and podcasts) include resources for both getting started and in-depth study.

We are driven away from each other by race, by religion, by sex and by politics -- to name just a few of the topics and issues that divide us. But this is not God’s vision for us. God desires us to be one in Christ, one in faith and one in community, even though we are different from one another.

The One study and video series explores these themes from a faith perspective, challenging us to listen, to learn, and perhaps even to change the ways we might think about others who are different from us. In this way, we might grow to be one with one another and with our God.

The study is based on the book One: Unity in a Divided World, by Deidra Riggs, and is comprised of a five-session video series and accompanying study guide. It’s most effective if participants also read One while engaging in the weekly sessions. One is available at Amazon and Barnes and Noble, as well as at other Christian online book retailers.

If you think the One study could be a fruitful way to open a discussion about unity in your congregation, visit the One website, where you can watch a brief preview video, download the study guide and view the five video sessions.

The following film study was created by the R.A.R.E. committee for the purpose of encouraging dialogue within your congregation about the sin of racism and the role of the church in combatting racism. It includes a Discussion Guide and a Leader’s Guide.

One: Unity in a Divided World
Deidra Riggs
In One, Riggs asks us to put our focus on self-preservation aside and, like Jesus, make the first move toward reconciliation (includes a chapter-by-chapter discussion guide).

America’s Original Sin: Racism, White Privilege, and the Bridge to a New America
Jim Wallis
Biblically rooted yet highly practical, this book shows people of faith how they can work together to overcome the embedded racism in America. Free, six-week downloadable study guide: http://americasoriginalsin.com/wp-content/uploads/2016/01/Repenting-of-Americas-Original-Sin.pdf

Roadmap to Reconciliation: Moving Communities into Unity, Wholeness, and Justice
Brenda Salter McNeil
Based on her extensive consulting experience with churches, colleges and organizations, Rev. Dr. Brenda Salter McNeil has created a roadmap to reconciliation. Reflection questions and exercises at the end of each chapter are conducive to group study.

Disunity in Christ: Uncovering the Hidden Forces that Keep Us Apart
Christena Cleveland
Social psychologist Christena Cleveland brings together studies and research on the unseen dynamics at work that tend to separate us from others. The author provides practical insights for ministry leaders attempting to build bridges across boundaries. The book also includes discussion questions at the end of each chapter.

Alexander demonstrates that, by targeting black men through the War on Drugs and decimating communities of color, the U.S. criminal justice system functions as a contemporary system of racial control, even as it formally adheres to the principle of colorblindness. Several study/discussion guides for purchase as well as available for free download available here: http://newjimcrow.com/study-guides.

The Cross and the Lynching Tree
James Cone
In this book, James Cone recognizes this profound paradox of the cross and argues that the cross ought to serve as the paradigmatic symbol through which one can talk about being both black and Christian in America. In The Cross and the Lynching Tree, Cone does this systematically and reflectively, simultaneously looking backwards and forwards, offering a resting place for black America to leave its burdens and providing a path for a better, more united America. Free downloadable study guide available from the United Methodist Church: http://www.gcorr.org/study-guide-for-dr-james-cones-the-cross-and-the-lynching-tree/.

African American:
17 Books Every Black Child Should Read {and also great for children of every ethnicity}
http://www.essence.com/galleries/17-books-every-black-child-should-read

“30 Diverse YA Titles” from BookRiot - Each of these books contains a main character who is either non-white, non-straight, of a non-Christian background, or is disabled. http://bookriot.com/2014/05/22/30-diverse-ya-titles-get-radar/

Resources for Talking to Kids about Race and Racism:
http://www.huffingtonpost.com/kristen-howerton/talking-to-kids-race-racism-books_b_2618305.html

Also this 2015 series of short films about race from the New York Times:
https://www.nytimes.com/interactive/projects/your-stories/conversations-on-race

A Time for Burning
YouTube:  https://www.youtube.com/watch?v=ujw_KJzTF8k
The 1966 documentary film which explores the attempts of the minister of Augustana Lutheran Church in Omaha, Nebraska, to persuade his all-white congregation to reach out to "negro" Lutherans in the city's north side.

Dear White People
Film (2014) and Netflix series (2017) – Comedy. At a predominantly white Ivy League college, a diverse group of students navigate various forms of racial and other types of discrimination

Race: The Power of An Illusion
3-part PBS documentary
By asking, What is this thing called 'race'?, a question so basic it is rarely asked, Race - The Power of an Illusion helps set the terms that any further discussion of race must first take into account. Ideal for human biology, anthropology, sociology, American history, American studies, and cultural studies.

Episode 1- The Difference Between Us examines the contemporary science - including genetics - that challenges our common sense assumptions that human beings can be bundled into three or four fundamentally different groups according to their physical traits.

Episode 2- The Story We Tell uncovers the roots of the race concept in North America, the 19th century science that legitimated it, and how it came to be held so fiercely in the western imagination. The episode is an eye-opening tale of how race served to rationalize, even justify, American social inequalities as "natural."

Episode 3- The House We Live In asks, If race is not biology, what is it? This episode uncovers how race resides not in nature but in politics, economics and culture. It reveals how our social institutions "make" race by disproportionately channeling resources, power, status and wealth to white people.

Rent the entire three-part series for a one-week streaming period via VIMEO for $4.99 (or rent each episode for $2.99 per episode:
https://vimeo.com/ondemand/race

Movement to introduce conversation about race into communities – entails presenting film (cost: $375 donation to Racial Taboo org.) at church, community center, or theater. Racial Taboo Events require three things: 1) A racially diverse audience; 2) An hour or more for an audience discussion after the film and; 3) A contribution to the Racial Taboo Initiative. These contributions can be financial and non-financial or a combination.

Why is “Race” Still a Taboo Conversation in America?

How the Stage was Set for Chattel Slavery

Lessons That Were Never Taught in School

How to Talk About Things Racial

How Do You Build Friendships Across “Race”?

How to Create Change

Project Implicit
https://implicit.harvard.edu/implicit/
Take an online test developed by scientists at Harvard University, University of Washington and University of Virginia to discover your implicit associations about race, gender, sexual orientation, and other topics.

Project Implicit is a non-profit organization and international collaboration between researchers who are interested in implicit social cognition - thoughts and feelings outside of conscious awareness and control. The goal of the organization is to educate the public about hidden biases and to provide a “virtual laboratory” for collecting data on the Internet.

“White Privilege: Unpacking the Invisible Knapsack,” by Peggy McIntosh
https://nationalseedproject.org/white-privilege-unpacking-the-invisible-knapsack
Peggy McIntosh is a researcher and college educator who first began to think about the issue of white privilege back in the late 80s, when she was researching male privilege. As a result of thinking deeply about and researching white privilege, McIntosh put together a list of conditions of daily experience that she took for granted, which in turn helped her realize the ways she enjoys “skin privilege” and has been conditioned into oblivion about its existence.

“What is White Privilege?” by Christine Emba, for the Washington Post
Good general overview article about white privilege.
https://www.washingtonpost.com/blogs/post-partisan/wp/2016/01/16/white-privilege-explained/?utm_term=.5f7539d0edd2

“The Case for Reparations,” by Ta-Nehisi Coates, for The Atlantic
Comprehensive overview of the various iterations of institutionalized oppression of African-Americans from slavery through present time.
https://www.theatlantic.com/magazine/archive/2014/06/the-case-for-reparations/361631/

Code Switch – NPR
This weekly podcast hosted by a team of journalists looks at overlapping themes of race, ethnicity and culture, how they play out in our lives and communities, and how all of this is shifting. http://www.npr.org/sections/codeswitch/

On Being – NPR
Hosted by Krista Tippet, this weekly podcast digs into the questions at the center of human life: What does it mean to be human, and how do we want to live? We explore these questions in their richness and complexity in 21st-century lives and endeavors. While this series is not explicitly about race, many episodes explore the topics of race and racism in and beyond the church. These are just a few:

“Let’s Talk about Whiteness” – writer Eula Bliss talks about being white and raising white children in a multi-racial world: https://onbeing.org/programs/eula-biss-lets-talk-about-whiteness/

“Where Does It Hurt?” – Interview with Civil Rights icon Ruby Sales, addressing questions around the “spiritual crisis of White America”: https://onbeing.org/programs/ruby-sales-where-does-it-hurt/

“Who We Want to Become: Beyond the New Jim Crow” – Interview with Michelle Alexander, author of The New Jim Crow: https://onbeing.org/programs/michelle-alexander-who-we-want-to-become-beyond-the-new-jim-crow/

For questions or more information about R.A.R.E, the Time for Burning film study or the Racism Awareness Resources List, please contact R.A.R.E. committee at rare@nebraskasynod.org. 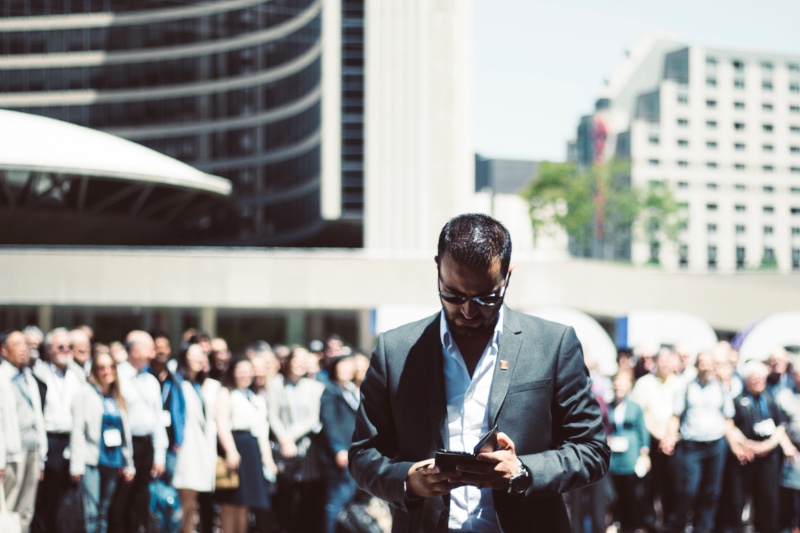