150 Years as the Nebraska Synod: Built of Living Stones, A (very) Short History 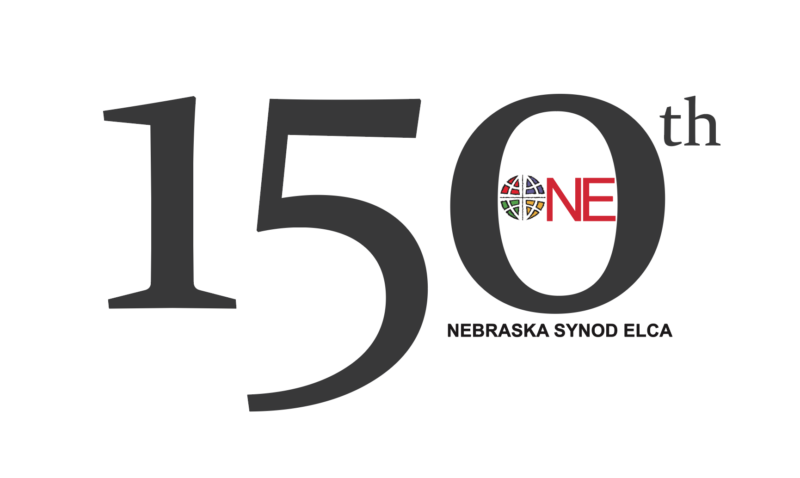 The very first Lutherans in the Territory of Nebraska were among the waves of homesteaders of the 1840s and 50s who the U.S. government settled here on indigenous land. But these lay Lutherans preceded the church; no Lutheran churches or pastors were here in Nebraska until the missionary Pastor Henry Kuhns arrived in the late 1850s to organize the Lutheran settlers he found already living here. Preaching points slowly became congregations and the church members eventually constructed their own church buildings.

The Nebraska Synod as a governing body was first established in 1871 as a conference of the larger General Synod, the Lutheran denomination on the east coast dating back to the colonial period. However, throughout the 19th and 20th century, there were many different and evolving denominations of Lutherans in America (many represented within the Nebraska state border), divided along lines of national origin and language. In addition, these Lutherans held different convictions on doctrine, worship practices, and spirituality which resulted in yet more denominational splits. The congregations of the Nebraska Synod, ELCA today are descended from many of these antecedent Lutheran bodies.

Beginning in the late 19th century, the various ethnic Lutheran denominations established academic and social welfare institutions here in Nebraska. The (English and German speaking) General Synod founded Midland College and Western Theological Seminary which eventually located to Fremont. The (German speaking) Midwest Synod (formerly German Nebraska Conference) founded Martin Luther Seminary in Lincoln. The Swedish Augustana Synod founded Luther College in Wahoo and the Immanuel Deaconess Institute in Omaha as well as Bethphage Mission in Axtell. The “Inner Mission” Danes founded Trinity Seminary/Dana College as well as a Danish language printing press in Blair Nebraska. This is by no means an exhaustive list of Lutheran institutions; but these historic examples of Lutheran energy for education and social services are still in evidence today in our ongoing support for the Nebraska Synod serving arms and the larger work of the ELCA.

The early 20th century for Lutherans in Nebraska proved to be a deeply painful and challenging time. When the United States entered WWI, the government launched an anti-German propaganda campaign. As a result, German-speaking people, and indeed, many other non-English speaking people, were persecuted by the government as well as harassed by their neighbors. This pressured Lutheran congregations in Nebraska to quickly move towards English-only worship services and religious education. In addition, as younger generations of Lutherans became “Americanized” the previous divisions between Lutheran bodies seemed less formidable by degrees. As a result, Lutheran denominations started merging.

-written by Rev. Kristen Van Stee, Assistant to the Bishop