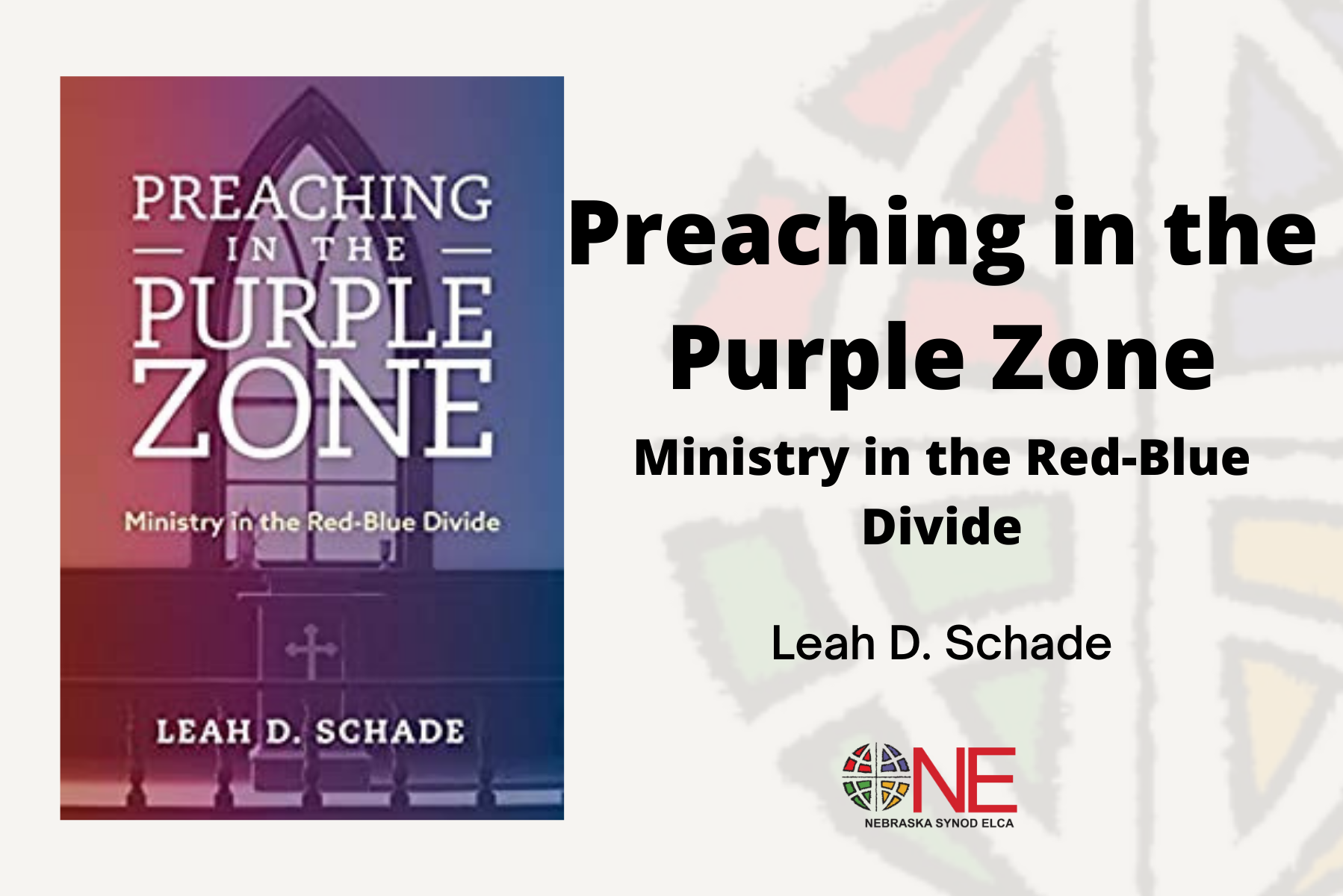 Preaching in the Purple Zone: Ministry in the Red-Blue Divide

Leah Schade is Associate Professor of Preaching and Worship at Lexington Theological Seminary. She has written a timely and helpful book for the church in the form of Preaching in the Purple Zone: Ministry in the Red-Blue Divide. Acknowledging the growing divisiveness that marks our culture and has crept into the church, she addresses both preachers and listeners with her effort to open up greater possibilities for the Word to be both proclaimed and heard.

She acknowledges that it can be very difficult for preachers to address issues of biblical importance, such as justice, care of neighbor and care of creation. She accurately notes that most pastors tend to fall into preaching paralysis, avoiding such topics all together on the one hand, or prophetic pronouncements on the other, claiming the mantle of prophet and making strident declarations about what the will of God is.

Schade calls preachers—and listeners—to a level of courage and humility in engaging the Word in all its fullness, including its address of topics that trouble many as “too political.” The truth is, much of the Bible is political—but it’s not partisan, which is what people have experienced, or where they fear it will devolve into.

She proposes a process whereby, with intentional planning in advance, a preacher can lift up the importance of a particular topic (such as immigration or racism) in a sermon without claiming to have a final word on it, inviting the congregation to be in thought and conversation about it. Such a sermon would be followed by an intentional conversation—perhaps over a potluck right after worship or in a weeknight gathering—and then a subsequent Sunday sermon on the topic, acknowledging what concerns and hopes were raised in that conversation, while also lifting up scripture’s witness to the topic.

She is far more thorough in her treatment of the process, and it’s worth reading the whole book. It’s not a difficult read, and it’s not only for preachers. A congregation willing to follow her recommendation would find itself well-served by the process, and could prove to be a helpful witness to the broader community in our conflicted times.