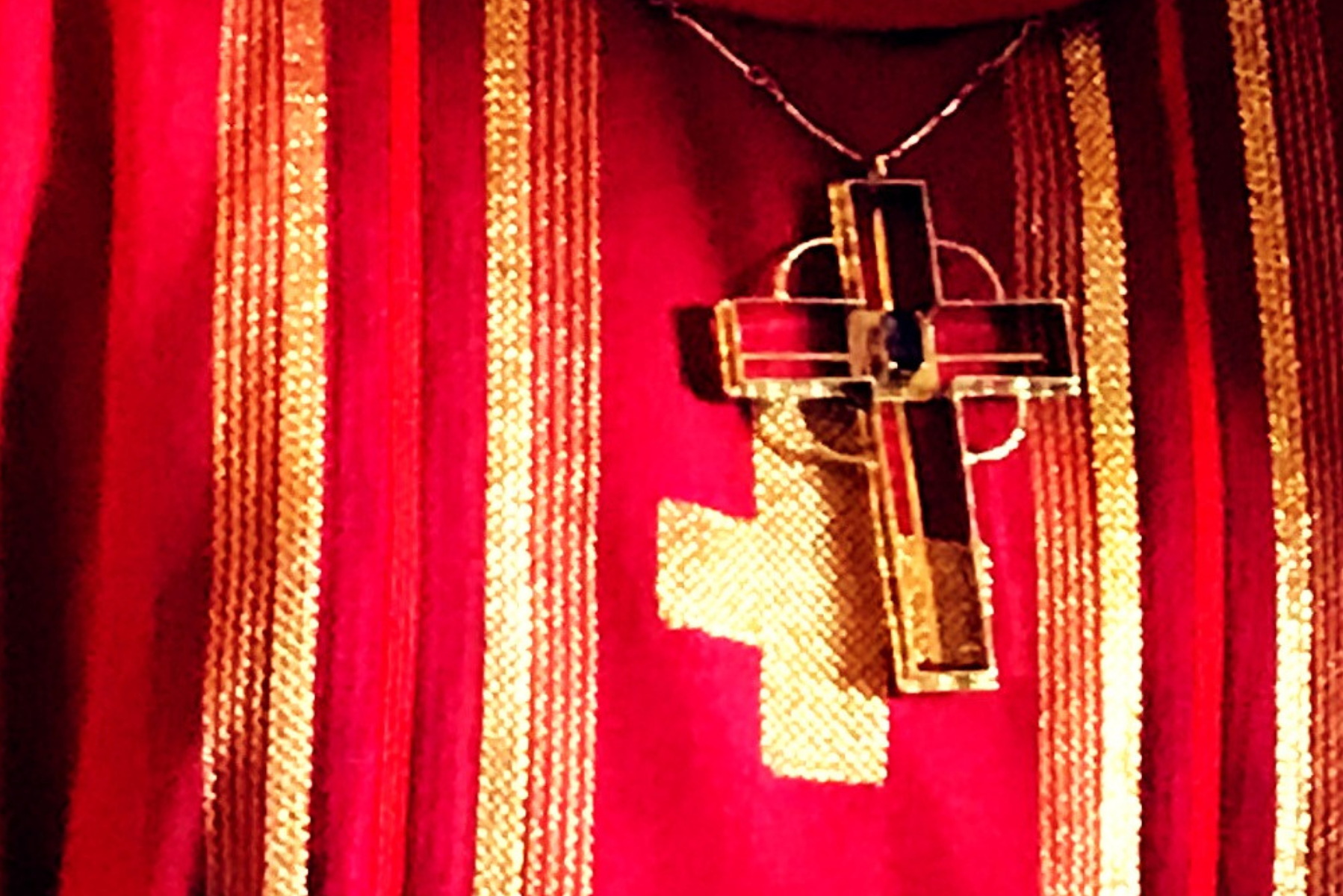 “Receive this cross and wear it as a sign of your calling to serve Christ and his people, and as an emblem of the office to which you have been elected.”

With these words, a pectoral cross is placed around the neck of a newly-installed synod bishop—but it’s not just any cross; every synod has its own cross, the symbol of the office of bishop. Ours is a tradition that has not adopted the mitre or crosier or other symbols of the office (though some use them). Our only symbol of the Office of Bishop is the synod’s pectoral cross.

Whenever the cross is worn, there’s a reminder that the wearer serves an entire synod, and that she or he has been called to be the synod’s pastor.

The Nebraska Synod pectoral cross was designed and crafted by a Nebraska artist in the late 1970s. At its center is an amethyst, a centuries-old symbol of the bishop’s office. The name of every bishop who has held the office is engraved on the sides of the cross; a reminder of a long succession of leaders.

After 45 years, the cross of the Nebraska Synod had recently begun to show signs of wear, so its gold plating was restored. The work was done by Koley’s, a firm in Omaha. The Koley family has run the business for five generations, and their work is dedicated to working with religious art and articles, restoring communion wear, pectoral crosses, candelabra and all kinds of metal objects used in worship. They see their work as its own kind of ministry, and it shows in their work.

Both the cross and the firm chosen to restore it have longstanding Nebraska roots and a history tied to the ministry of the church. Whether the object itself or the office it symbolizes, both are handled with great care and reverence, for both have powerful meaning.