Living in a Broken World 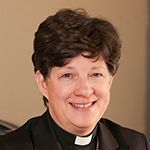 As I write this the Gulf Coast and Florida are starting the long recovery after hurricanes Harvey and Irma; Puerto Rico and the Virgin Islands are mostly without electricity and running low on water, food, medicine and gasoline after Hurricane Maria. All of us are reeling from the horrific mass shooting in Las Vegas. There are no words. We are stunned almost to the point of numbness.

Natural disasters feel chaotic and capricious. The weather service has gotten pretty sophisticated in predicting paths of hurricanes but is not completely accurate. Tornadoes strike with little warning. Is this just the way of the natural world, or is God visiting judgment upon us? There is human involvement that can make natural disasters more damaging.

The youth group in the last parish I served went on a work-week each summer. We did cleanup and rebuilding after tornadoes, floods and hurricanes in partnership with Lutheran Disaster Response and the Federal Emergency Management Agency. I guarantee that it was the poor whose homes were in the floodplain, who did not have the resources to rebuild and had to depend on volunteer labor.

Evil perpetrated by human beings is a great mystery. How can a good and just God allow evil? Why would a man open fire on concertgoers, killing 59 and wounding more than 500? Why do bad things happen to good people? Why do good things happen to bad people? There have been various theodicies trying to make sense of this throughout human existence. I confess to you that I have no conclusive answer to these questions, except that we live in a broken world.

Paul wrote: “The creation itself will be set free from its bondage to decay and will obtain the freedom of the glory of the children of God. We know that the whole creation has been groaning in labor pains until now …” (Romans 8:21-22). Though God created the heavens and the earth and declared the creation good, this is no longer a perfect world.

Paul also wrote: “Rejoice in the Lord always; again I will say, Rejoice. Let your gentleness be known to everyone. The Lord is near. Do not worry about anything, but in everything by prayer and supplication with thanksgiving let your requests be known to God. And the peace of God, which surpasses all understanding, will guard your hearts and your minds in Christ Jesus” (Philippians 4:4-7).

Both of Paul’s assertions are true. We live in a broken world—natural and human made, marred by human sin—and we rejoice in the Lord who is near and guards us with God’s peace.

Bishop Terry Brandt of the Eastern North Dakota Synod reminded us of this truth and this tension in his sermon to the Conference of Bishops the morning after the Las Vegas shooting. And he reminded us that when Paul was doing all that rejoicing, he was doing it from prison, awaiting execution after already enduring beatings, shipwreck, hunger and thirst. I wouldn’t describe Paul as perky, but the joy he found in Jesus made him able to live in hope and believe in life even in the face of despair and death.

So, dear church, we pray and lament and trust and hope. We stake our lives on the belief that God’s life, hope and love are not platitudes, but the truth. We are moved to action and reconciliation. And when the next disaster or massacre happens, we do not lose hope because the Crucified One has been raised from the dead.

A monthly message from the presiding bishop of the Evangelical Lutheran Church in America. Her email address: bishop@elca.org. This column originally appeared in the November 2017 issue of Living Lutheran. Reprinted with permission.