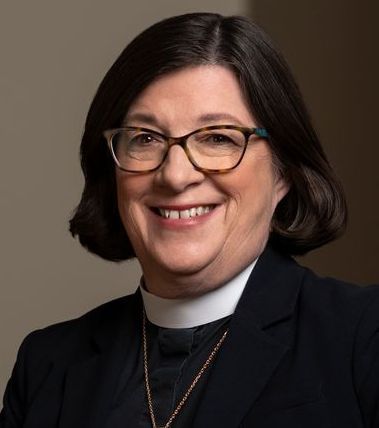 The first-century church in Corinth must have been a lively place. Its members were competitive, jealous, divided into factions and litigious. The congregation was diverse. There were Jews and gentiles, rich and poor, men and women, young and old, those brand new to the faith and those with more maturity.

Paul spent over 18 months establishing the church in Corinth. He worked with, lived with and loved these people. Paul wanted them to know the risen Christ and the life of love and freedom found in Christ.

While the Corinthians were enthusiastic, they weren’t very disciplined. They argued about which of them had the superior spiritual pedigree—those baptized by Paul or those baptized by Apollos. They took each other to court. And when they gathered for the Lord’s Supper—neither decently nor in good order—Paul wrote, “When you come together, it is not really to eat the Lord’s supper. For when the time comes to eat, each of you goes ahead with your own supper, and one goes hungry and another becomes drunk” (1 Corinthians 11:20-21).

At his ascension, Jesus told his disciples that they would “receive power when the Holy Spirit has come upon you; and you will be my witnesses in Jerusalem, in all Judea and Samaria, and to the ends of the earth” (Acts 1:8). The church in Jerusalem was the foundation of the Christian movement. It became the parent of the churches founded by the apostles throughout the world.

The decision had been taken at the Council at Jerusalem to welcome gentiles into the way of Jesus. This was a critically important decision and a difficult one. It wasn’t universally embraced by everyone. And the saints in Jerusalem had fallen on hard times. Famine threatened the city. Paul organized a massive stewardship campaign among the gentile churches to send aid to the church in Jerusalem.

Paul would have done well as a development officer. He urged the believers to give generously and cheerfully. He set them up to compete with each other to see which church could be most generous. The enthusiastic Corinthians jumped at the chance, especially if they could do better than the Macedonians! But their lack of discipline was stronger than their zeal, and their stewardship campaign faltered.

Paul wasn’t going to have it. In his second letter to the Corinthians, he laid out the spiritual basis for giving: it was about opening the self and the community, it was about glorifying God, it was a new way of thinking about sufficiency.

“And God is able to provide you with every blessing in abundance, so that by always having enough of everything, you may share abundantly in every good work” (2 Corinthians 9:8).

The concept of sufficiency had changed over the centuries. In Cynic and Stoic philosophy, true self-sufficiency was attained when a person became completely independent, with no need of anyone or anything else. By the time Paul wrote to the church in Corinth, self-sufficiency meant not just having enough for oneself but having enough to give away to others. One could have all the wealth and power and status in the world, but if one didn’t share with others, that person was not self-sufficient. Contrast the rich young man who could give nothing away with the poor widow who gave everything. The rich young man went away grieving. The widow gave freely.

Stewardship is a deeply spiritual act. It moves us out of ourselves and toward the neighbor in need. It glorifies God. It brings freedom from wealth and status. It unclenches our hands and hearts. It lets us rest in the promise of God’s abundance. We become cheerful givers.

A monthly message from the presiding bishop of the Evangelical Lutheran Church in America. Her email address is bishop@elca.org.
This column originally appeared in Living Lutheran’s June/July 2021 issue. Reprinted with permission. © ELCA